After the distraction of the Referendum, I promised that my next blog would explain what links a pair of identical twin harpists, the Heavy Metal band Iron Maiden, historian Terry Brighton, the number of the Beast of the Apocalypse, a bottle of beer — oh, and the Charge of the Light Brigade.

To start with, here are the identical twin harpists, Camille and Kennerly, The Harp Twins: 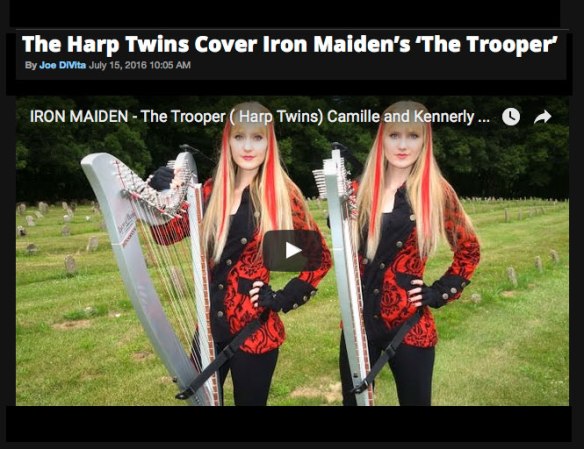 “The Harp Twins, the identical twin duo of Camille and Kennerly who have done dazzling renditions of metal classics from bands like Metallica, Nightwish and Megadeth, are back with another all-time classic: Iron Maiden’s The Trooper.” [Link: http://loudwire.com/the-harp-twins-cover-iron-maiden-the-trooper/?trackback=tsmclip%5D

Hear and see them play (in a graveyard) here:

I suppose it is just possible you don’t know the “all-time classic” this “dazzling rendition” is of. Or indeed how it might relate to the Charge of the Light Brigade — but that’s what The Trooper is about:

“The Trooper” was inspired by the Charge of the Light Brigade at the Battle of Balaclava in 1854 during the Crimean War. The song depicts massive loss of life, which stemmed from 600 British cavalry charging Russian artillery after a misunderstood order from the commanding British officer Lord Raglan. When the band performs the song live, [Bruce] Dickinson wears an authentic red coat uniform (like the one the mascot Eddie wears on the single artwork) and waves a Union Jack flag throughout the song. Upon its release, the song peaked at No. 12 on the U.K. charts.

Here’s the original song. The video intercuts Iron Maiden in performance with verses from Tennyson’s poem and  still astonishing scenes from the 1936 Errol Flynn Charge movie:

And here are the lyrics, in case you want to sing along:

You’ll take my life but I’ll take yours too

You’ll fire your musket but I’ll run you through

So when you’re waiting for the next attack

The bugle sounds, the charge begins

But on this battlefield no one wins

The smell of acrid smoke and horse’s breath

As I plunge on into certain death 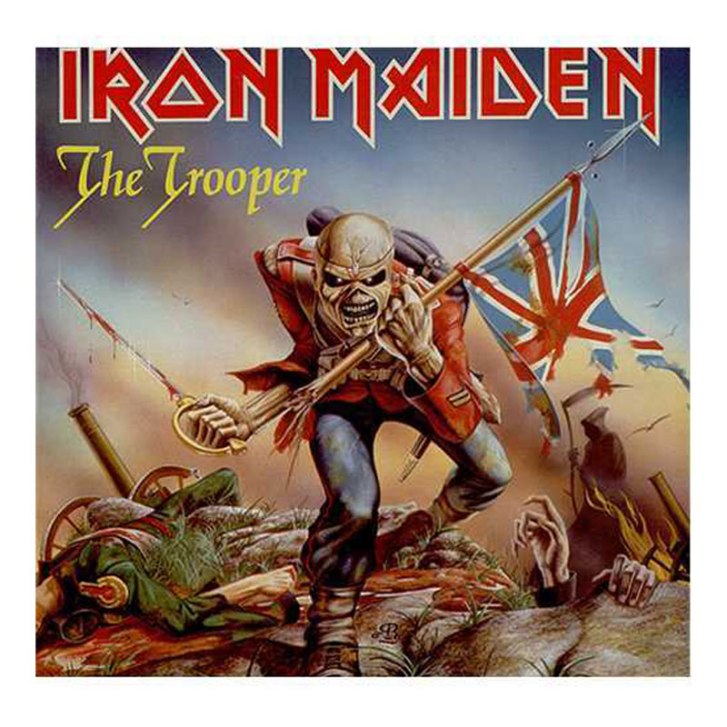 The horse he sweats with fear, we break to run

The mighty roar of the Russian guns

And as we race towards the human wall

The screams of pain as my comrades fall

We hurdle bodies that lay on the ground

And the Russians fire another round

We get so near yet so far away

We won’t live to fight another day

We get so close, near enough to fight

When a Russian gets me in his sights

He pulls the trigger and I feel the blow

A burst of rounds takes my horse below

And as I lay there gazing at the sky

My body’s numb and my throat is dry

And as I lay forgotten and alone

Without a tear I draw my parting groan 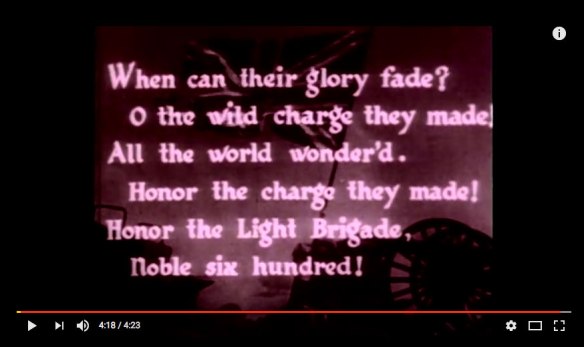 You can view an uninterrupted version of the 1936 Charge here, again with an Iron Maiden soundtrack :

Not long ago, Iron Maiden singer Bruce Dickinson, who owns a brewery (www.ironmaidenbeer.com),  added a new beer to his range — “Trooper 666”. 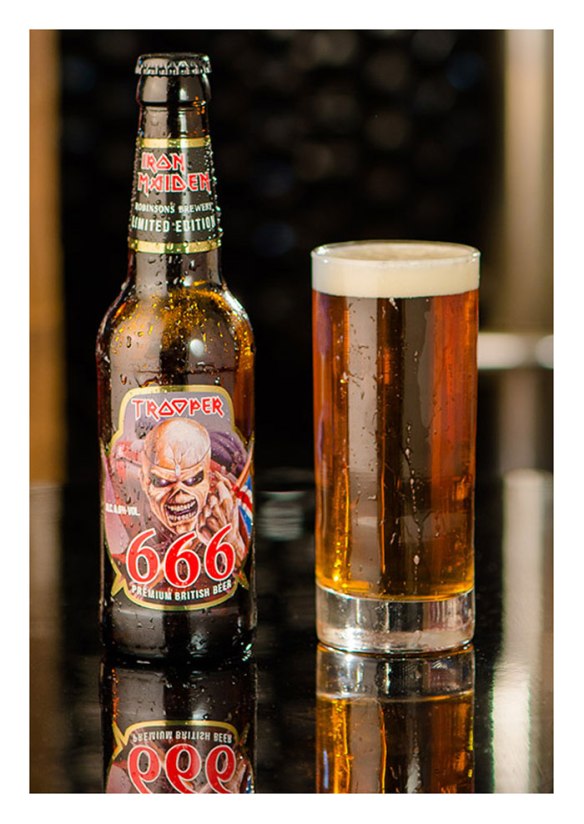 Trooper is a premium British beer inspired by Iron Maiden and handcrafted at Robinson’s brewery. Being a real ale enthusiast, vocalist Bruce Dickinson has developed a beer which has true depth of character. Malt flavours and citric notes from a unique blend of Bobec, Goldings and Cascade hops dominate this deep golden ale with a subtle hint of lemon.

Dickinson, who is keen on military history, says he was inspired by reading Terry Brighton’s estimate of the number who actually rode (see his Hell Riders: The Truth about the Charge of the Light Brigade, 2004, p.336).  The answer Brighton came up with was 666. A coincidence? Surely not. For as every Metal fan knows,  “666” is the Number of the Beast. There must be a connection.

1 thought on “Only connect…”